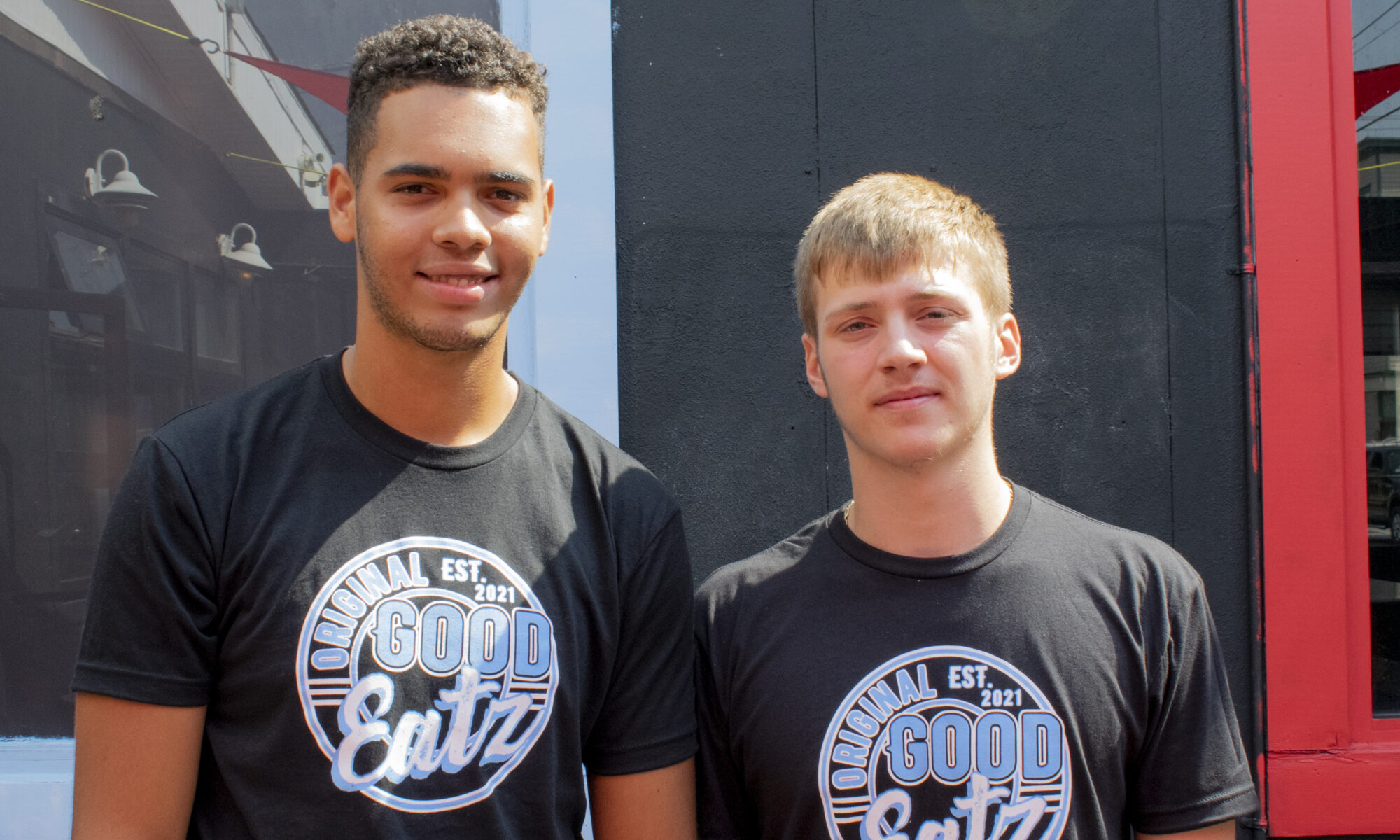 Walking down Pacific Avenue in Wildwood towards the new Good Eatz restaurant, the unmistakable blue and red colors of Father Judge High School struck me: these people must be alumni.  Soon enough they’d prove me correct!  But I had not guessed that they’d literally just become alums of the Holmesburg Catholic high school.  Michael McClintic and Juan Genet, both from Philadelphia, walked out of the restaurant to greet me and tell me their story.  Like so many growing up in the city, their story begins with senior summer down the shore, staying with friends and enjoying the laid back seaside atmosphere.  Only this story grew into something much larger and unexpected.

Picture it: Summer 2021 in Wildwood, recently graduated from high school and wanting to enjoy their time before the next big step, COVID and its many restrictions dampening everything but their mood.  Staying at a shore house with friends on Surf Avenue, the duo wanted to serve up delicious eats to their friends and others for a little extra spending money.  Using everything at their disposal–basically a flat top propane grill, they began cooking.  Only as they grew in popularity, their landlord swooped in and put an end to things.  But it only deepened their resolve to become their own bosses, with Michael and Juan working to see how far they could push this idea.  And as luck would have it, an acquaintance introduced them to a commercial landlord, and fellow Judge alum, interested in their bold idea.  3800 Pacific Avenue had sat vacant for three years, and he offered it to them under a few conditions, including cleaning the place up and passing mandated inspections before opening.  Taking full advantage of this opportunity, Michael and Juan met these conditions and on July 28th, they opened to the public!

As we stood there and they told me their story, I could not help but be amazed. One burning question, which they answered for me, was their culinary backgrounds and how they came to this point. Michael, the son of a chef, worked at Gino’s Pizza Cafe in Mayfair. Juan, on the other hand, credits his mother with his interest in cooking, spending many days and nights with her in the kitchen. Their backgrounds have served them well as each is palpably enthusiastic about their offerings at Good Eatz. Still growing and working out their menu, I asked what they would want to showcase. Despite Michael telling me, “everything”, he didn’t hesitate to say that I should try the chum tots, a blended dish of tater tots, bacon, eggs, and cheese. Juan added that his favorite dish is an egg wrap with hash browns, bacon, and cheese.

Michael and Juan hope to open again next summer, but both recognize that their time at this location may have an end date.  After all, the competition is strong and the island population dwindles after Labor Day.  But the goal isn’t to stay limited to the shore.  Rather they hope to grow and bring Good Eatz back to Northeast Philly.  And we here at TheNortheastLife wish these Crusaders the best of luck that they reach such success!  If you haven’t been, try them out and let us know what you think!

Just about a year ago I remember reading about an outbreak of COVID-19 in Seattle, overwhelming their hospitals. With so little information about the disease they struggled with how to handle it. The president had cutoff travel with much of Asia and Europe and now the dreaded illness had reached our shores. What seems obvious in hindsight then happened: it spread across the country. In fairly swift fashion governors and mayors began to lock down, mandating masks and closing places of large public congregation: stadiums, restaurants, schools, and such. Working from home became the norm for many, and those on the front lines got recognized as heroes.

As bloggers we wanted to help those places most heavily hit by the virus. Lock downs and stay at home orders meant that many previously thriving businesses would immediately face a drop in income. We offered to advertise any local business, free of charge, on our website, instagram, and facebook pages. Did it help? Truthfully, I don’t know. But I do consider it a win if even one person acted on even one advertisement.

Now, with three approved vaccines, the end to the pandemic seems within reach. Though with lives lost and many businesses shuttered, this virus has been devastating. I will miss places like the Grey Lodge Pub, where one could sit and drink a pint of beer while enjoying good food and fun company. Soul Rebel Cucina, with their gigantic burritos and fresh guacamole; and China Bowl with their laid back atmosphere and fresh food–all will be missed.

One business owner put it to me this way: a hurricane may topple many trees, but after it passes need seedlings sprout up and grow in their place. We have already started to see this. In place of the former Puddin’s Bakery opened a new bakery: Awesome Little Cupcakes. Replacing the closed Pizza Hut on Frankford Avenue in Mayfair is El Azteca. And in a long empty storefront on Welsh Road is Scoop Waffles Ice Cream Parlor.

I will miss those longstanding giant trees, but I look forward to the seedlings growing in their absence! 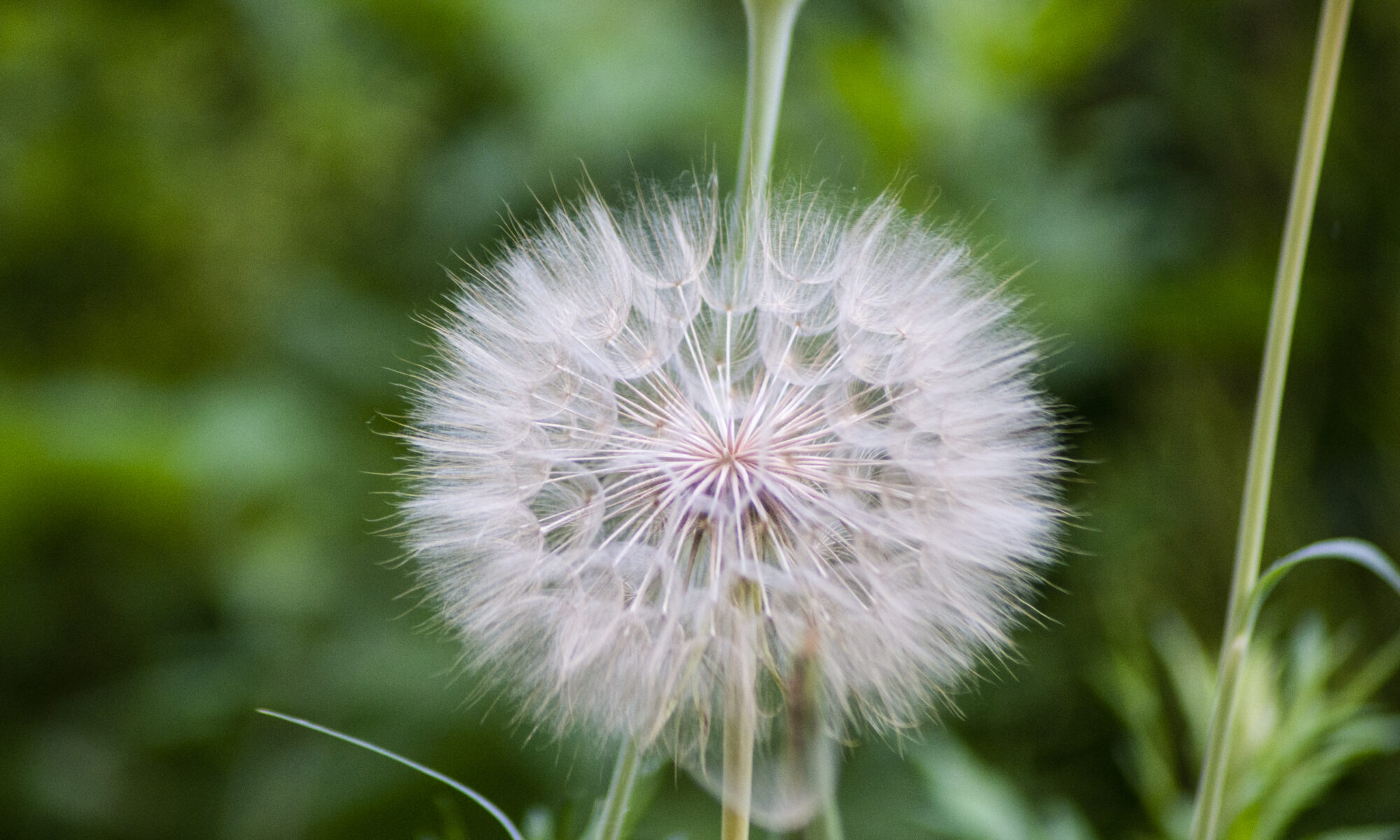 “A negro belonging to Daniel Walton.” Described as the property of another, Jim lived as a slave in what was known at the time as Byberry Township, now a part of Northeast Philadelphia. Jim became the first person known to be buried at the Byberry Cemetery, originally named, “Burying Place for All Free Negroes or People of Color.” Aside from his first name and his final resting place, there is scant information to be found about Jim. One tax assessment in 1767, lists his owner as Daniel Walton, under which it states, “1 Negro…4”, and nothing more, at least not in anything widely available online. Jim’s burial site itself, the Byberry Cemetery, sits between the National Archives site in Northeast Philadelphia and Benjamin Rush State Park, the latter named for the well-known abolitionist and founding father. Though the tax form alone is nondescript and insulting, the cemetery too lacks any real detail, covered in trees, brush, and powerlines, with no obvious signs or markers to denote the significance of the site.

The cemetery dates back to 1780, the same year that Pennsylvania, the first state in the nation to do so, voted for the gradual abolition of slavery. As the only African American cemetery created in the region during the Revolutionary War period, it answered a question at the time: where should freed slaves be buried? Prior to its establishment many slaves were simply buried on private property, often that of their owner’s. Other common burial sites included orchards and open fields. While it is impossible to know every location that served as a burial site, this cemetery’s location is known, and its degradation is a travesty.

Were it not for the work of self-described histophotocartographer, Joe Menkevich, this very site and its existence could be forgotten in the shadows of America’s past, particularly in a city rich in historical sites. With so many historic properties, Philadelphia has its own historic register, separate from the more well-known National Historic Register. Thanks to Joe’s work, Byberry Cemetery is now listed as a historic site in the Philadelphia Register. Despite more protections against alterations or changes to the site the designation, however, does not mean preservation, which Joe believes can only be done through conservation and restoration.

Self-described as an, “ill-tempered, cantankerous, opinionated” individual, Joe’s knowledge of local history runs deep, particularly that of Northeast Philadelphia and its roots rich with African American history. Joe has made numerous submissions to the Philadelphia historic register, though the submission of the Byberry Cemetery was his first and one which in hindsight he calls “sloppy.” A more recent submission for historic recognition by Joe was for the Wilmot Public School for African Americans. A noted graduate of Wilmot, Mary Chase Beckett, once wrote “the evil that men do live after them but the good is often buried with their bones.” Hopefully the Byberry Cemetery receives more attention and even true preservation, rather than disappearing into the bones of its submission.

We have two people here at TheNortheastLife, each of us having full time jobs. As many of you already know, we created this site as a way of serving our often overlooked communities that make up the Northeast. When COVID reached not just the shores of the United States, but struck the greater Northeast with its epicenter in neighboring Montgomery County, we knew that we had to help out. Working in healthcare, we already had ourselves on the front lines. But with our website and social media pages we knew we could do more.

Therefore, back when Governor Wolf and Mayor Kenney closed down most businesses and put the region on lockdown, we reached out to local establishments that remained open for take out and delivery. We wanted to help them: to list them as open. We wanted to have one clean site where people could go to find out who is open. Others have done similar, and no doubt more will come. But we see this as our part in helping our greater community. From places like the Grey Lodge Pub to Gallo’s Seafood to Stella’s Pizza, many places remain open. Sure, hours often have changed as have processes for pick up, but we can support these places.

In posting places, we do ask that someone from the establishment reach out. In these uncertain times we do not want to list a place as open when it may in fact have other plans, such as reduced hours or even a temporary closure. We can and will all get through this together! Stay well, and thanks for following!